For years, Dobrochna and myself have been dreaming of a big, beautiful yacht to travel the world. We’ve waited for a long time, but in the end, it was worth it!

Back in then-communist Poland, which was a real “Land of Impossibility,” a dream like that could be seen as a symptom of mental illness. It was only during our honeymoon trip that we saw light at the end of the tunnel. Our journey turned out to be extraordinary: we sailed around the world. The yacht’s owner was an excellent sailor and steel yacht builder, Bernard Kuczera. Despite limited financial resources, him and his wife had managed to build a big, beautiful and strong yacht. He showed us that it is possible – you CAN do it!

Our sailing plans had to wait for a long time as work and family life were more important at the time. But as soon as our children became independent (they’re both doctors now so we must have done something right), the dreams stopped living a secret life and were revived…

The sea kept calling us, particularly the Caribbean, where we sailed from time to time with friends and family on charter yachts. A few years ago, as a part of becoming a “serious yacht owner” (that’s how I described it to my wife), we bought a sailing catamaran Leopard 46. I took on the skipper’s role and we started sailing more freely on “the seas of rum and pirates”. 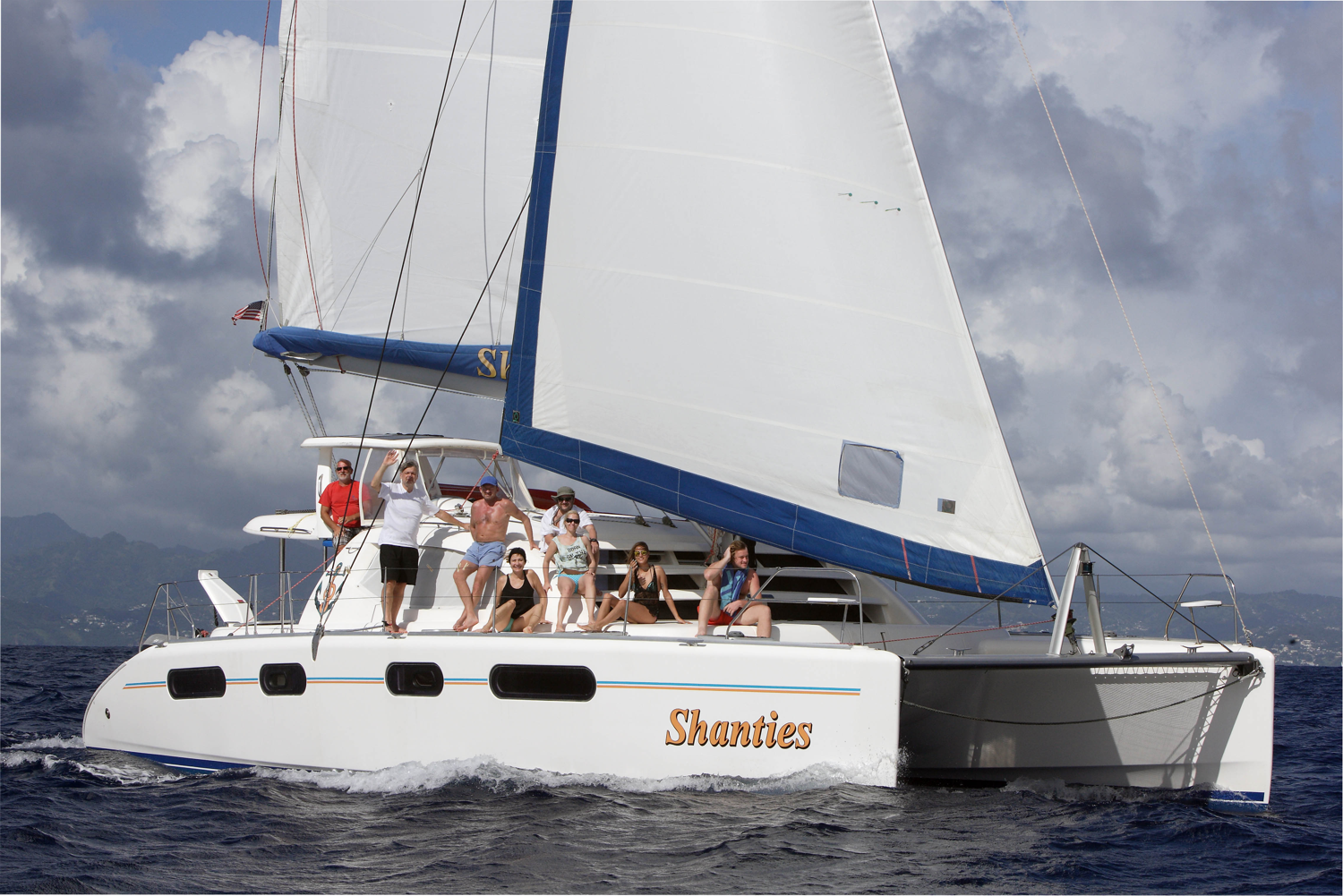 But Dobrochna has never accepted that the catamaran would be our final yacht.

That’s why we started searching for a “real yacht”, something stylish with a bit of luxury and made for safe long-distance sailing.

At first we became interested in steel yachts. Then, our interest was captured by mass-produced vessels of well-established brands. Next the French concept yacht AMEL had caught our eye. Then finally at the Annapolis Boat Show we saw a Hallberg-Rassy and we knew that was exactly what we wanted. With a perfectly designed interior, lots of wood, a well-covered pilothouse and a separate engine room – our attention was captured. Family discussions were focused on one thought: if we’re buying a yacht, it needs to be a Hallberg-Rassy 53.

We’ve always heard a lot about Oyster yachts, but they were too expensive and we couldn’t afford them at the time. But in June of this year, while checking out another Hallberg in Florida, we heard that there was an Oyster 56 for sale not too far away and we wanted to see to satisfy our curiosity. Our first impression was that is was magnificent yacht with a beautiful hull line, but we were surprised by the size (we didn’t expect it to be that big). We loved the inside – it had a raised and spacious saloon, well-lit living space, very functional kitchen, and an additional cabin for the skipper. However, the moment when everything changed for us was when the Oyster broker told Dobrochna about the Oyster World Rally planned for 2017-2019!

And so it’s started…

The idea of taking part in the Rally was tremendous. When we contacted the organizers, it turned out that the deadline for registration had passed four months ago, but… one of the participants had just resigned so if we were really interested, we were in luck!

Except, for the minor detail that we didn’t actually own an Oyster.

But the world tends to favor big dreamers. We found a bank that agreed to give us a loan and in the middle of August 2016 we purchased the Oyster 56 “Duchess,” and were officially registered as the last crew to take part in the Oyster World Rally 2017 – 2019. At first the organizers weren’t so sure that we would be able to prepare for the 27-month venture in such a short time, but our sailing experience put them at ease.