(it’s not the shortest story ever, a lot of things have happened in my life…)

I came across sailing as a scout. I founded a sea scout group at my high school to share my interests with others (as I still do today). When I saw that many high school students wanted to sail but didn’t necessarily want to be scouts, I founded the Youth Sailing Club “Squall” at the local YMCA. I’ve always enjoyed listening to and singing sea shanties and I had a thought that other sailors might like to as well. That’s were I came up with my idea for the first International Sea Music Festival “Shanties” in communist Poland. The idea worked great and a few years later “Shanties” became the largest festival of that kind in the world!  This was when I realized that anything is possible if you really want it to happen.

In the meantime, I continued to expand my sailing knowledge and experience as I completed several sailing courses and completed the Yachtmaster Ocean certificate.

While still in my sailing club, I met my future wife, Dobrochna. We got married in Liverpool during the biggest sea music festival in England. The best man at my wedding was the was the last shantyman and the author of the book “Shanties from the Seven Seas”, Stan Hugil.

Our honeymoon trip was a sea voyage around the world. Our son Matthew was born in Australia and we decided not to return to Poland. We lived in Australia for a few years, then moved to South Africa, Canada, and ultimately the United States. Our daughter Agnes was born in Cape Town, South Africa.

While sailing has always been my passion, it didn’t become my career until recently. I completed a Master’s degree in Electrical Engineering at the University of Science and Technology in Kraków, Poland. Throughout my journey, I’ve worked for many engineering consulting firms in various countries with my last project being the extension of the O’Hare International Airport in Chicago.

As someone wise once told me, “if your job stops you from sailing – change your job.” I took this advice seriously. When my kids had graduated high school, I bought a sailing catamaran and set up a charter company in the Caribbean. I’ve always been told that you can’t make a living out of sailing, but I proved to myself and to others that it’s actually possible. Since then I’ve sailed more and more often.  I’ve led a passage from Puerto Mont (Chile) through the Patagonia channels and further to Ushuaia, ultimately fulfilling my dream of rounding Cape Horn. I sailed twice along Greenland’s coastline, in Croatia, in Greece, and for the last few years I’ve been regularly sailing around French Polynesia and the Caribbean, where, until recently, I typically spent about 6 months a year.

A great sailor and our “onboard doctor”.

She’s a specialist in Emergency Medicine and when she’s not busy sailing, she works at various Emergency Rooms in hospitals throughout Illinois, Kentucky, North Caroline and Indiana. She runs her own business, which allows her to work exactly how much she wants and when she wants to leave more time for sailing.

Her friends say she’s a world master in passing medical exams. She began studying medicine at the Jagiellonian University School of Medicine in Kraków, Poland but got her MD degree from the University of Cape Town in South Africa. Then she has passed her board exams to be able to work as a doctor in Canada. Then after moving to the USA, despite having medical licenses from South Africa, Canada and the UK, she had to pass her US medical exams as well.

Dobrochna got interested in sailing when she was a scout, just like me. She sailed a lot as a member of the Youth Sailing Club “Squall” in Kraków and helped me organize the “Shanties” Sea Songs Festival.

She’s a thoroughly experienced sailor as well, having rounded Cape Horn twice, sailed to Antarctica, taken part in the passage through the Patagonia channels from Puerto Mont to Ushuaia and sailed along Greenland’s coastline. She also sailed in Croatia, Greece, French Polynesia and the Caribbean.

Being a terrific scuba diver as well, she enjoys scuba diving as well and has done many dives in the Galapagos, French Polynesia, Mexico and throughout the Caribbean. 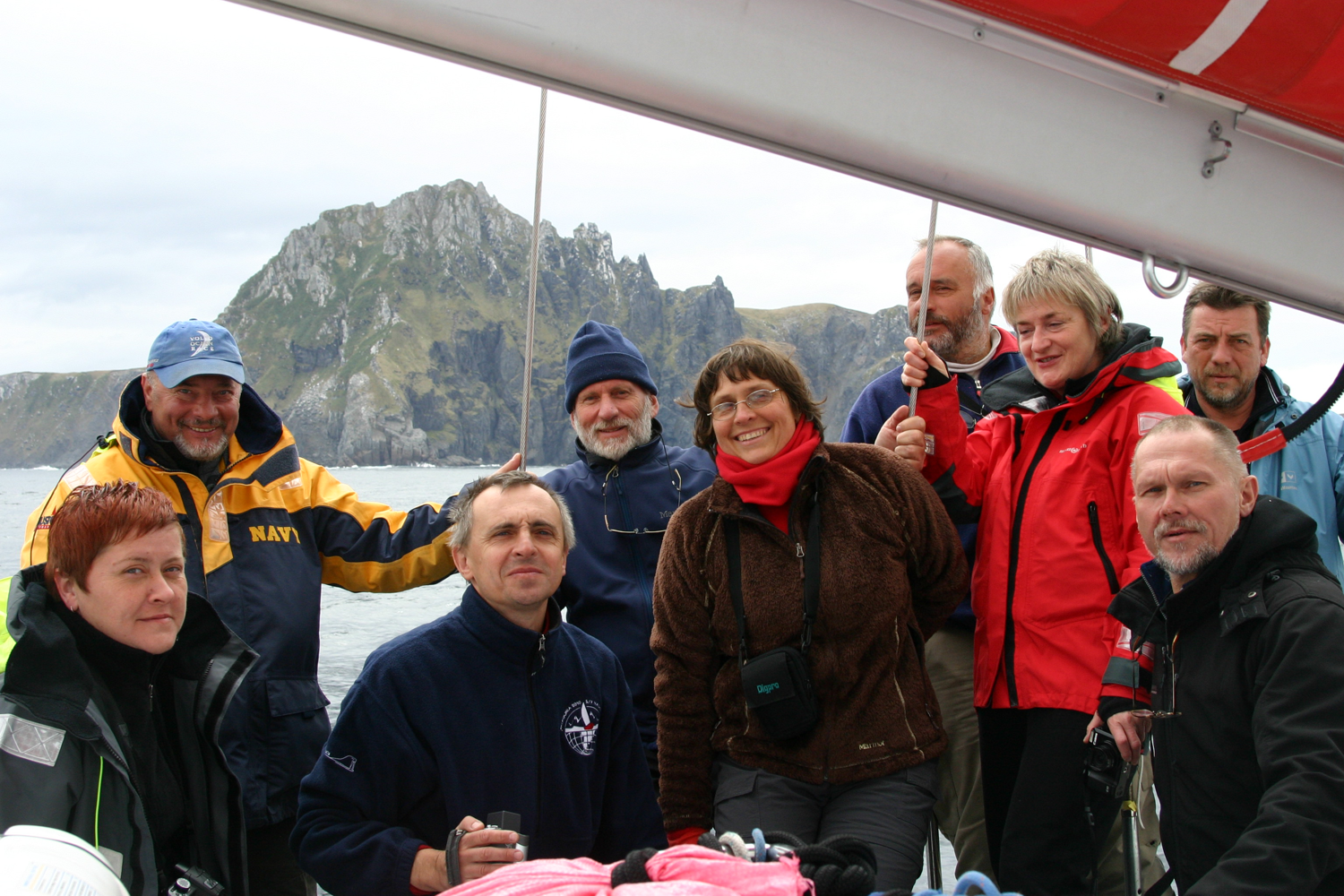